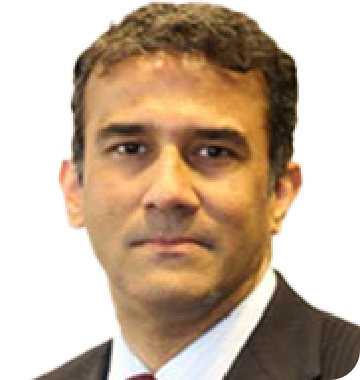 Ramesh Venkataraman runs Avest, a private equity investment firm advising IDO, a UAE-based sovereign wealth fund, as well as making direct investments in Asia. He is currently the lead director on the board of Rak Airport and chairs the Executive Committee for several IDO portfolio companies including Rak Airport, Rak Economic Zone and Falcon Technologies.

Between 2012-16, Ramesh ran Samena Capital’s Private Equity business and first private equity fund (closed in 2013 and fully invested by 2016), and served on the firm’s investment committee. He was also Chairman of the Executive Committee and Board Member of Rak Ceramics, a $1 billion globally-leading ceramics manufacturer listed in the UAE and controlled by Samena where he oversaw a transformational value creation programme. Ramesh served on the boards of four other companies that Samena has minority stakes in – Flemingo (leading UAE-based emerging markets travel retailer), Mahindra Two Wheelers (India/France-based two wheeler manufacturer and subsidiary of the $16 billion Mahindra Group), Rak Logistics (Singapore-based buy-and-build platform in 3P Logistics), and Dynamatic Technologies (listed India/Europe-based aerospace and automotive precision engineering manufacturer).

Previously, Ramesh was a Managing Director in London with Bridgepoint Capital, the leading European mid-market buyout firm. Bridgepoint investments that he was involved in included the €728 million buy-out in 2007 of the Education division of Wolters Kluwer where he was a board director and oversaw the company’s transformation into a leading e-learning provider; the 2010 MBI of Lumison, a UK IT services provider; and two follow-on joint ventures in India for Bridgepoint portfolio companies in e-learning and healthcare services.

Prior to joining Bridgepoint in 2007, Ramesh was a partner with McKinsey & Company’s New York and then Mumbai Offices and lead the firm’s High Tech and Telecom practice for Asia. Ramesh was active in building “greenfield” businesses for his clients including Reliance Communications, L&T, ITC, Wipro and Patni Computers and several leading private equity firms, playing “hands on” roles spanning strategy, organisation building, and execution support. He also advised the Prime Minister’s Office on telecom and technology policy and worked closely between 1999-2006 with Nasscom, the association for Indian offshore IT and BPO firms, in shaping industry strategy, global positioning and regulation.

Ramesh is a frequent speaker at private equity forums including EMPEA, AVCJ and SuperReturns, has been interviewed by leading TV news channels and financial publications including the BBC, CNBC, NDTV (India), Financial Times, Economic Times (India) and Business Standard (India), and been published in the McKinsey Quarterly, Wall Street Journal, Indian Express, and the Economist online. In 2005, Ramesh was chosen for the prestigious Young Achiever award by the Indo-American society.

Ramesh has a B.Tech in electronics and communications engineering from the Indian Institute of Technology - Kharagpur (National Talent Scholar), an M.Phil. in International Relations from Oxford University (Inlaks Scholar), and an M.P.A. with distinction in Economics and Public Policy from Princeton University’s Woodrow Wilson School of Public and International Affairs (Woodrow Wilson Fellow).

WSFx Global Pay does not guarantee the accuracy, adequacy or completeness of any information and is not responsible for any errors or omissions or for the results obtained from the use of such information. WSFx Global Pay especially states that it has no financial liability whatsoever to any user on account of the use of information provided on its website. WSFx Global Pay does not warrant the accuracy, adequacy or completeness of this information and material and expressly disclaims liability for errors or omissions in this information and material. WSFx Global Pay is not responsible for any errors, omissions or representations on any of our pages or on any links on any of our pages. Please verify the veracity of all information on your own before undertaking any trade or alliance. These results should therefore be used only as a guide. You can contact or visit our branch in order to obtain the actual rate available at time of exchange.

There are risks associated with utilizing internet. Subscribers are advised to understand that the services can fail due to failure of hardware, software, and Internet connection. WSFx Global Pay hereby expressly disclaims any implied warranties imputed by the laws of any jurisdiction. We consider ourselves and intend to be subject to the jurisdiction only of the courts of Mumbai in India. If you don't agree with any of our disclaimers above please do not rely on information shared on any of our pages. This site is specifically for users in the territory of India.

Although the access to users outside India is not denied, WSFx Global Pay shall have no legal liabilities whatsoever in any laws of any jurisdiction other than India. We reserve the right to make changes to our site and these disclaimers, terms, and conditions at any time. Money exchange rates & its trade is inherently risky and you agree to assume complete and full responsibility for the outcomes of all trading decisions that you make, including but not limited to loss of capital. The information is not meant to be an endorsement or offering of any purchase. They are meant to be a guide only, which must be tempered by experience and independent decision making process of the viewer.

Thus this information is NOT a recommendation or solicitation to buy or sell any of foreign currency. By using this website including any software and content contained therein, you agree that use of the Service is entirely at your own risk and WSFx Global Pay is not responsible thereof.